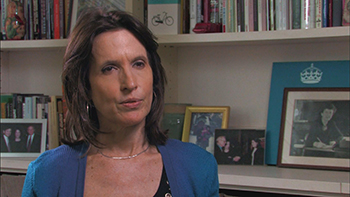 Documentary
94 minutes
2015
Director(s): Barbara Kopple
USA
Fri 6:00 PM Armory
Synopsis
From two-time Academy Award winner and AIFF Lifetime Achievement Award honoree Barbara Kopple comes a vivid, inside look at America’s oldest continuously published weekly magazine, The Nation, as it celebrates its 150th aniversary. Shot over three years in Kopple’s signature, intimate vérité style, the film centers on the writers who are the heart and soul of the magazine, a diverse crop of interns, and Editor-in-Chief Katrina vanden Heuvel, who keeps all of the plates spinning. At a fascinating moment in American history — politically, socially, and culturally — the media landscape is changing at breathtaking speed. The film charts the journey of the legendary progressive magazine as it evolves into the future guided by its remarkable past. 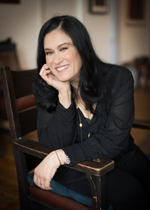 Director’s Statement: Barbara Kopple
About three years ago, the editor and publisher called me in and said, “We’re reaching 150 years of The Nation in 2015. What do you think about making a film about it?” Of course, I said, “I would love to!” I was able to follow the staff, including reporters out into the field, but reporters aren’t used to having a film crew with them. My biggest challenge was getting them to just ignore us and let us go along with them. When we would come in sometimes, they would roll their eyes, like, “Oh no, not them again!” But after a while, they got used to us and were glad we were there.
THANKS TO OUR SPONSORS