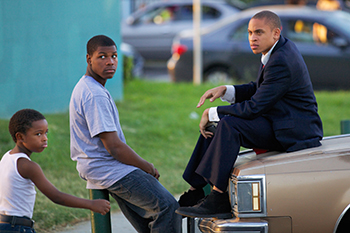 Feature
87 minutes
2014
Director(s): Malik Vitthal
USA
Fri 9:20 PM Varsity 2
Sat 6:20 PM Varsity 2 RUSH
Sun 12:20 PM Varsity 2
Mon 09:30 AM Varsity 1 RUSH
Mon 09:50 AM Varsity 2
Mon 6:00 PM Varsity 1 RUSH
Synopsis
Fresh off a 28-month stint in prison for gang activity, 21-year-old Bambi returns home to Los Angeles and his old stomping grounds in Watts. Now educated and eager to pursue his dream of becoming a published writer, he must first come to terms with his role as the sole caretaker of his 3-year-old son. To have any hope of reaching his goal and giving his son the upbringing he deserves, he needs to get a job and get off parole. Bambi’s dreams of a legitimate life are challenged by both the red tape of government bureaucracy and the pressure to return to his old gangster life. Even so, he finds hope where it is scarce, and learns what it really means to be a father. [mature] 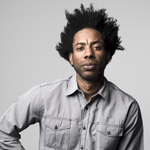 Director’s Statement: Malik Vitthal
We all have the ability to control how we respond to adversity. The young men from South Central in Los Angeles whose real-life struggles inspired our story represent the challenging socioeconomic and emotional realities that so many people of color in American inner cities face. It’s not a film about desperation though; it is about hope. It is about young men who grow all the more empowered to achieve their dreams when their families — stuck in the destructive cycle of drugs, gangs, and crime — don’t provide the support that they need. These men construct their own spheres of support, creating crucial turning points when everything around them is in chaos.
THANKS TO OUR SPONSORS