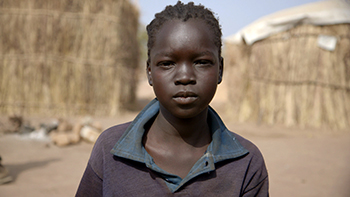 Documentary
80 minutes
2014
Director(s): Andrew Berends
USA
madinasdream.com
Thu 9:20 PM Varsity 2
Fri 09:50 AM Varsity 2
Sat 3:20 PM Varsity 2 RUSH
Sun 6:20 PM Varsity 2 RUSH
Synopsis
An unflinching and poetic glimpse of the rebels and refugees fighting to survive in Sudan’s Nuba Mountains. Through unprecedented and intimate access, we are transported to this wartorn, hard-to-reach, and ruggedly beautiful region where hundreds of thousands of Nuban people face bombs and starvation while struggling to survive. Tens of thousands of civilians are forced to flee to refugee camps in South Sudan, including 11-year-old Madina. She dreams of a brighter future for herself and her people — a reflection of the remarkable resilience of a people caught in a forgotten, endless war. [mature, subtitles] 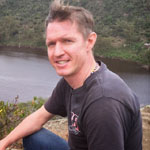 Director’s Statement: Andrew Berends
In my experience in conflict zones, it is the suffering of innocent children that affects me most deeply. The most insidious weapon being used in the ongoing conflict in Sudan’s border regions is starvation, and children are the most vulnerable. Since the outbreak of hostilities, the Sudanese government has blocked all humanitarian aid from reaching the Nuba Mountains, Darfur, and Blue Nile. With Madina’s Dream, I hope to raise awareness of this conflict while celebrating the beauty and culture of the Nuban people. Over the past nine months, the plight of the Nuban refugees has been made even more precarious by the outbreak of civil war in South Sudan. Inside Sudan, the state-controlled media carries on a campaign of misinformation while the situation grows more dire every day.
THANKS TO OUR SPONSORS