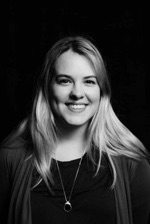 Director’s Statement: Lauren Smitelli
A nasty saleswoman once tried to convince me I couldn’t run a marathon, even though I was in her shoe store to buy sneakers. I was already annoyed, also slightly embarrassed, and then I realized that there was someone else there who I didn’t feel like speaking to. So I ran. And kept running. For way too long. What should have been me “getting a feel for the shoe” turned into a much bigger deal. Afterwards, I thought it was so terribly funny that I wanted to try and build a dramatic story off of that exact moment of shock, embarrassment, and awkwardness.
Playing with ...
Christmas, Again 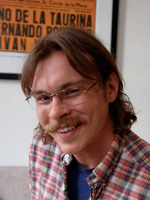 Director’s Statement: Charles Poekel
It was 2009 when I first thought of making a film about a Christmas tree stand. I was living in Brooklyn and witnessed for the first time the ways in which New Yorkers embraced these temporary residences. I interviewed a few vendors and even volunteered at selling trees, but I felt like I was only scratching the surface, so I decided to open my own stand. This way I could learn the ins and outs to write the screenplay, control my main location, and even use the profits to fund the film. I ran the stand for three years part-time. The fourth year, we made the film. Our actors took turns selling trees, takes were interrupted for customers, and even a few customers made their way into the film. The whole process was very organic.
THANKS TO OUR SPONSORS