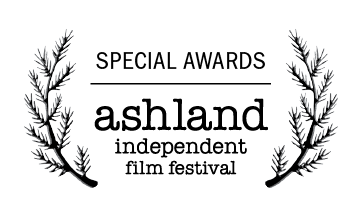 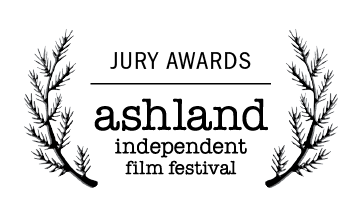 BEST NARRATIVE FEATURE
Small Time by Niav Conty
Niav Conty is undeniably a director to watch, as her vision is at once unflinching and utterly lyrical, forcing the viewer to go beyond a passive state into very actively experiencing every moment of the film.  And we would also like to give a very special recognition to the young lead actress, Audrey Grace Marshall, who serves to uplift a very dark story into a place of deep authenticity.
GERALD HIRSCHFELD AWARD FOR BEST CINEMATOGRAPHY
Sin La Habana by Kaveh Nabatian
Writer and Director Kaveh Nabatian weaves a vibrant story of three individuals risking it all for a shot at happiness.  Director Nabatian and Cinematographer Juan Pablo Ramirez candidly capture the reality that the characters so desperately fight to escape, evoking deep sympathy and leaving lingering emotions.
LES BLANK AWARD: BEST DOCUMENTARY FEATURE
Missing in Brooks County by Lisa Molomot, Jeff Bemiss
To be necessary is to step boldly forward, to, as Sontag put it, regard the pain of others.  Amidst the chaos of US border policy and anecdotal generalizations about migration across the US/Mexico border, one of the most glaring atrocities of US fencing and policing is the least explored topic:  the case of migrants dying in the desert by design.  This film does not look away from the corpse; it joins the archeological exhuming work, tracing from the coroner's office all the way to the front door of the families awaiting their relatives who never arrive.  Finally, a film connects all of these dots to make perhaps one of the most urgent calls for change to a murderous US immigration policy.
BEST DOCUMENTARY FEATURE EDITING
Los Hermanos/The Brothers by Marcia Jarmel, Ken Schneider
Los Hermanos/The Brothers is an intimate, joyful celebration of family, love, creativity, and music, played out against the backdrop of more than half a century of strife amongst the world's superpowers.  Deftly edited, the film never misses a beat as it weaves the many complex layers of the story of two musical brothers, their families, their divergent trajectories, and the tides of geo-politics.  The jury is pleased to name Los Hermanos/The Brothers as the recipient of the award for Best Feature Documentary Editing.
BEST NARRATIVE SHORT
Feeling Through by Doug Roland
With gorgeous cinematography, well-paced editing, and an on-screen duo that you can't take your eyes off of, Feeling Through delivered a sobering fairytale about perspective in which we walk in the shoes of a homeless New York teen.
BEST DOCUMENTARY SHORT
Meltdown in Dixie by Emily Harrold
The best short documentary goes to Meltdown in Dixie by Emily Harrold that goes behind the headlines of the  story of a small town in South Carolina where the Sons of the Confederate Veterans have forced an ice cream shop owner to fly a large confederate flag. While we see headlines like these all too often, this film gives us deeper insight because Ms. Harrold spent the time and got the access to all the key players. This film is an example of how documentary film can flesh out  our understanding of current events in ways that the daily news cannot. 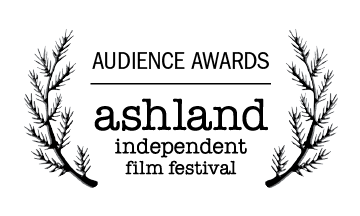 AUDIENCE AWARD: BEST DOCUMENTARY SHORT
This is the Way We Rise by Ciara Lacy 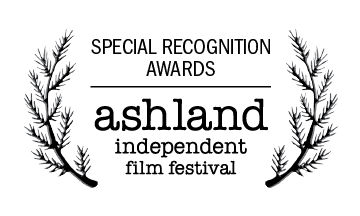 EXCELLENCE IN DOCUMENTARY FEATURE PRODUCTION
Homeroom by Pete Nicks
Captured with a combination of great skill, timing, and sensitivity, this complex and clear-eyed observational portrait of high school students coming of age in 2020 Oakland, California encapsulates the challenges and opportunities of our times.  Finding themselves in the midst of world events and rapid technological change, the young people in this film navigate their way toward adulthood, matched in their earnestness and determination by the filmmakers who follow them.  They story of a pivotal time in the lives of these young people evolves into one of the strongest depictions of a historic year.  The jury is pleased to award Homeroom a special recognition for documentary feature.
EXCELLENCE IN DOCUMENTARY FEATURE EDITING
Stalking Chernobyl:  Exploration After Apocolypse by Iara Lee
Like a Parkour pathway, this wildly careening film ricochets from one place, one argument, one perception to the next in order to, quite neatly, introduce its audience to the origins of "post radiation accident tourism".  Form and function are in perfect communion as editor Dimo Petrov endeavors to provoke intrigue through a diverse array of material sources:  nuclear disaster history, rare archival material, renegade selfies, and even clips from Tarkovsky's namesake film.  That this documentary makes such a smooth landing introducing you to a radical social movement 37 minutes in, is nothing short of a revolution in cinematic story structure.  If "radiation kills only those afraid of it" so too this tour-de-force gives life to the post-apocalyptic.
EXCELLENCE IN NARRATIVE FEATURE DIRECTION
and
EXCELLENCE IN NARRATIVE FEATURE CINEMATOGRAPHY
Everything in the End by Mylissa Fitzsimmons
A true discovery all around with an expertly crafted atmosphere that feels almost meditative in its approach.  A perfect reflection of the current mood of 2021, as it softly encourages you to live every moment in the present.
EXCELLENCE IN NARRATIVE SHORT PRODUCTION
Guide On by Paige Compton
This is a powerful short which threads out the possibilities of individuality and its pursuit within the collective demands of the military.  The intimate and unique exploration of gender, military honor, family tradition and personal ambition is all the more impressive given the stoic, minimalist and laconic qualities of the film.  The cinematography, the acting and the pacing of the short are all purposeful and  intentional, giving us 16 minutes of a well-realized narrative imbued with emotion, tenderness and a message which speaks to the possibilities of determination.  The jury is proud to bestow our special recognition to Guide On.
EXCELLENCE IN DOCUMENTARY SHORT PRODUCTION
The Seeker by Lance Edmands
The Seeker by Lance Edmands, is a poetic cinematic portrait of Kenneth Copp, a man who was brought up in the Amish tradition but has lost his faith and become an atheist.  The film takes its time to let us feel his struggle and with stunning photography takes us to the different seasons of its character's simple and hardworking farm life.  It deserves accolades for its beauty and powerful message on the importance and necessity of critical thought.
THANKS TO OUR SPONSORS